OK, I wanted to show "A" way of setting up a windproof smock.  The Soldier '95 pattern smock is relatively cheap and available so it makes a good starting point.  But it's needs some work, IMHO, so here's one way of going about it.  Everything you see here was done on a single feed industrial, with no. 69 thread, and a #23 needle. 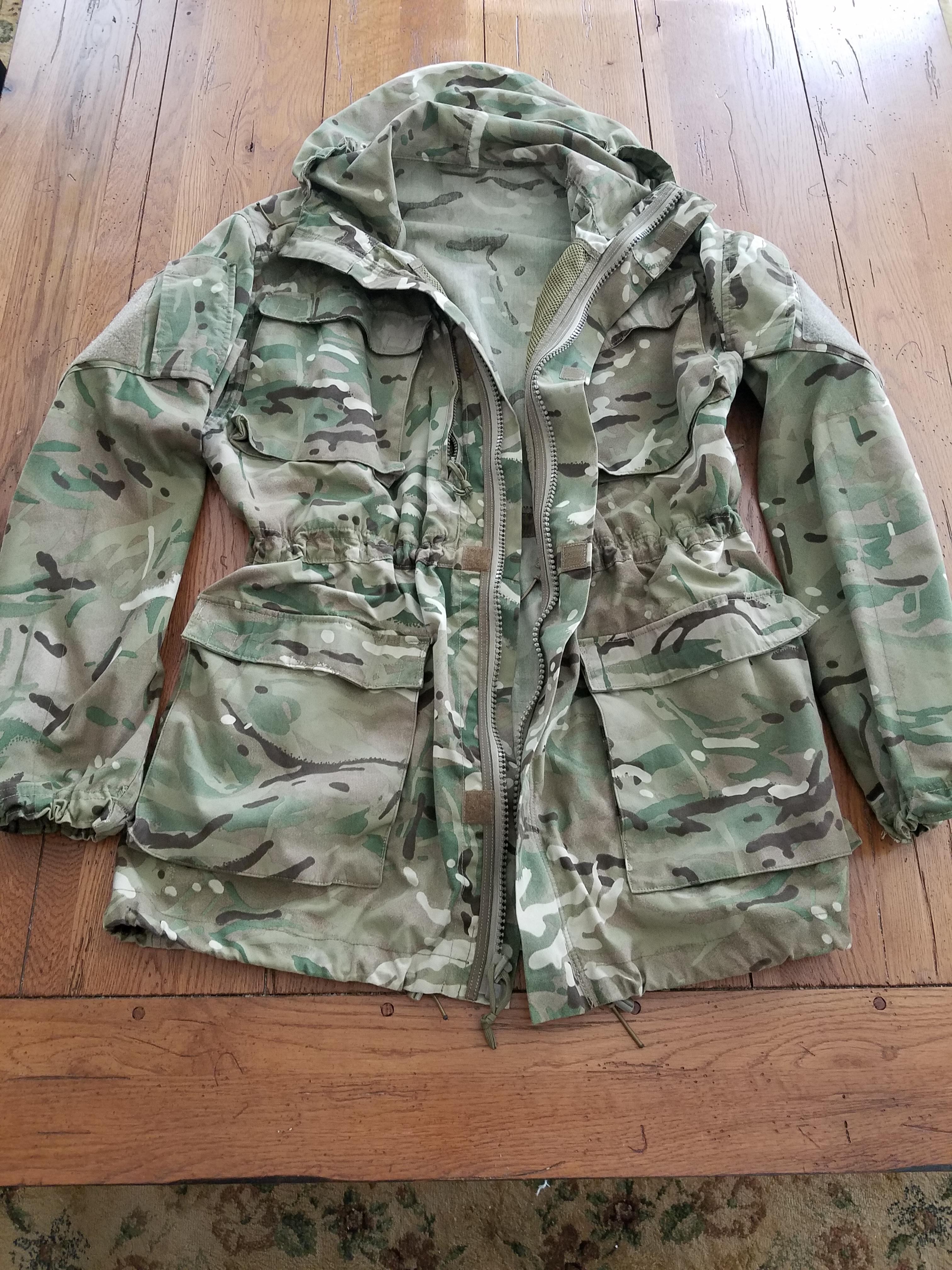 The first thing that comes to mind on a Brit smock is the zip.  Why they insist on doing it bitch style is beyond me.  But it's easily fixable.  So a #10 YKK zip is installed, with the pull on the right side.  I back it up with binding tape to make the joint stronger, but you could probably get by without it.  Also, I cut the Velcro down to 1" squares, which I think is a good balance between staying put and getting them open. 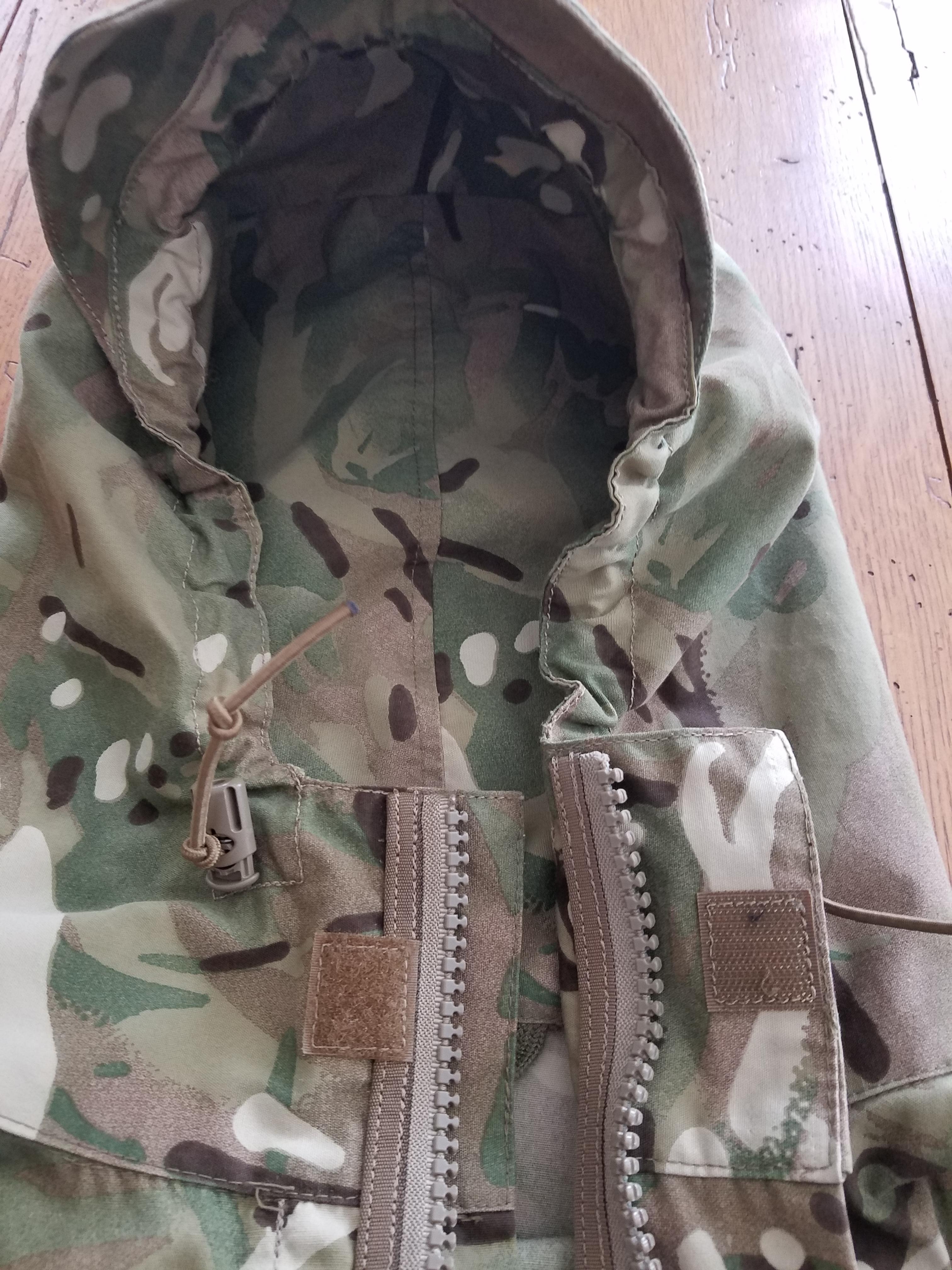 On the top the zip goes all the way up to the collar/storm flap on the hood.  The binding tape is folded over here and triple stitched. 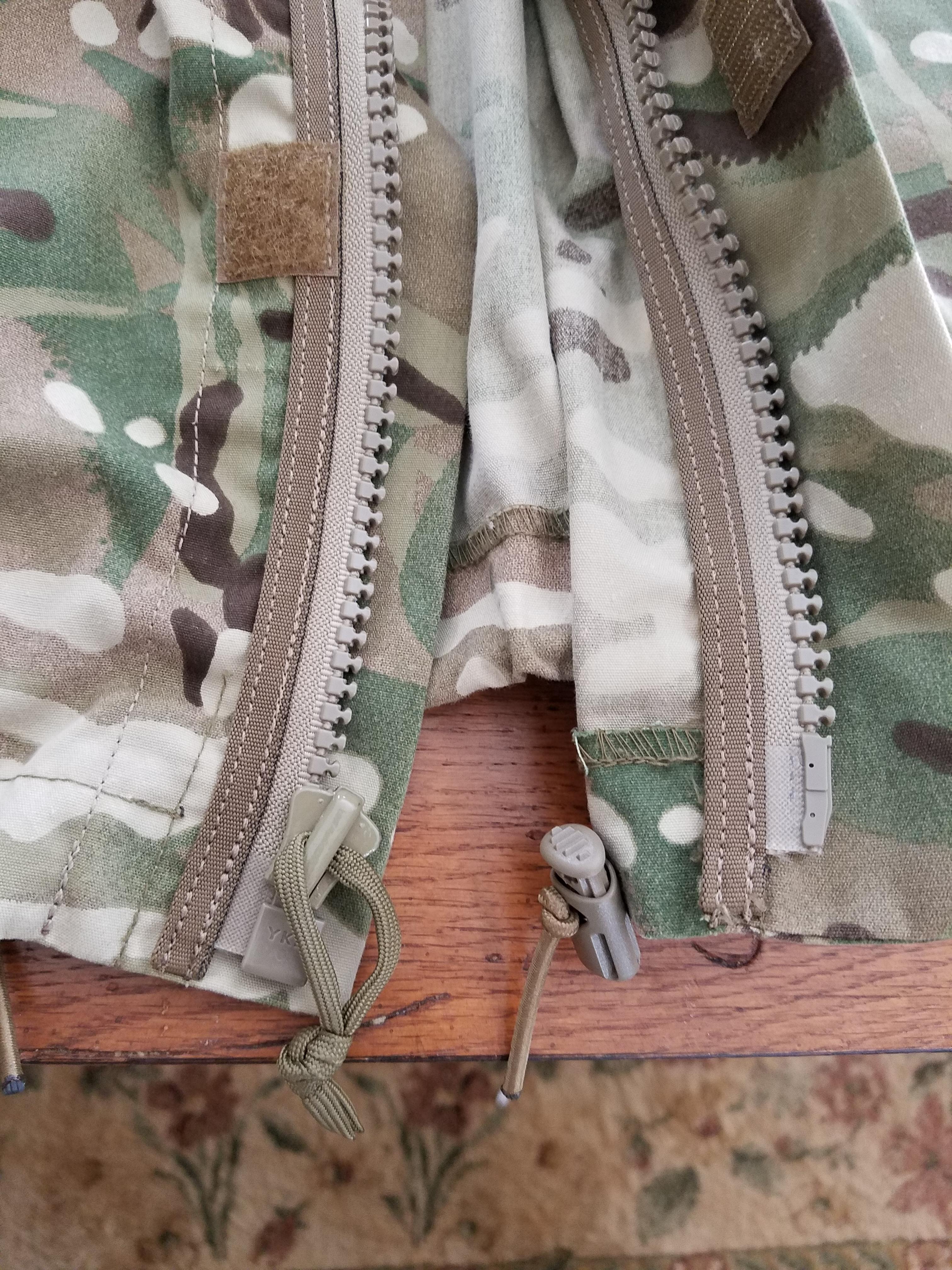 On the bottom, I sew down the tail, right to the end, instead of leaving a small tail loose like the issue smock.  I think it's just easier to zip up this way, in the cold with gloves on.  Again the tape is folded under and triple sewn on the ends.