Next we'll take a look at the hood.  Issue Brit smocks have had some interesting shapes to them.  They must have some pointy-headed cretins in the ranks, because the hood is basically a big cone.  So you can fix that, by separating the two layers, creating a new, rounded seam, cutting off the pointy top, and sewing it back together.  While you're at it, you might as well add a small visor in front, and replace the drawstring with bungee and cord locks. 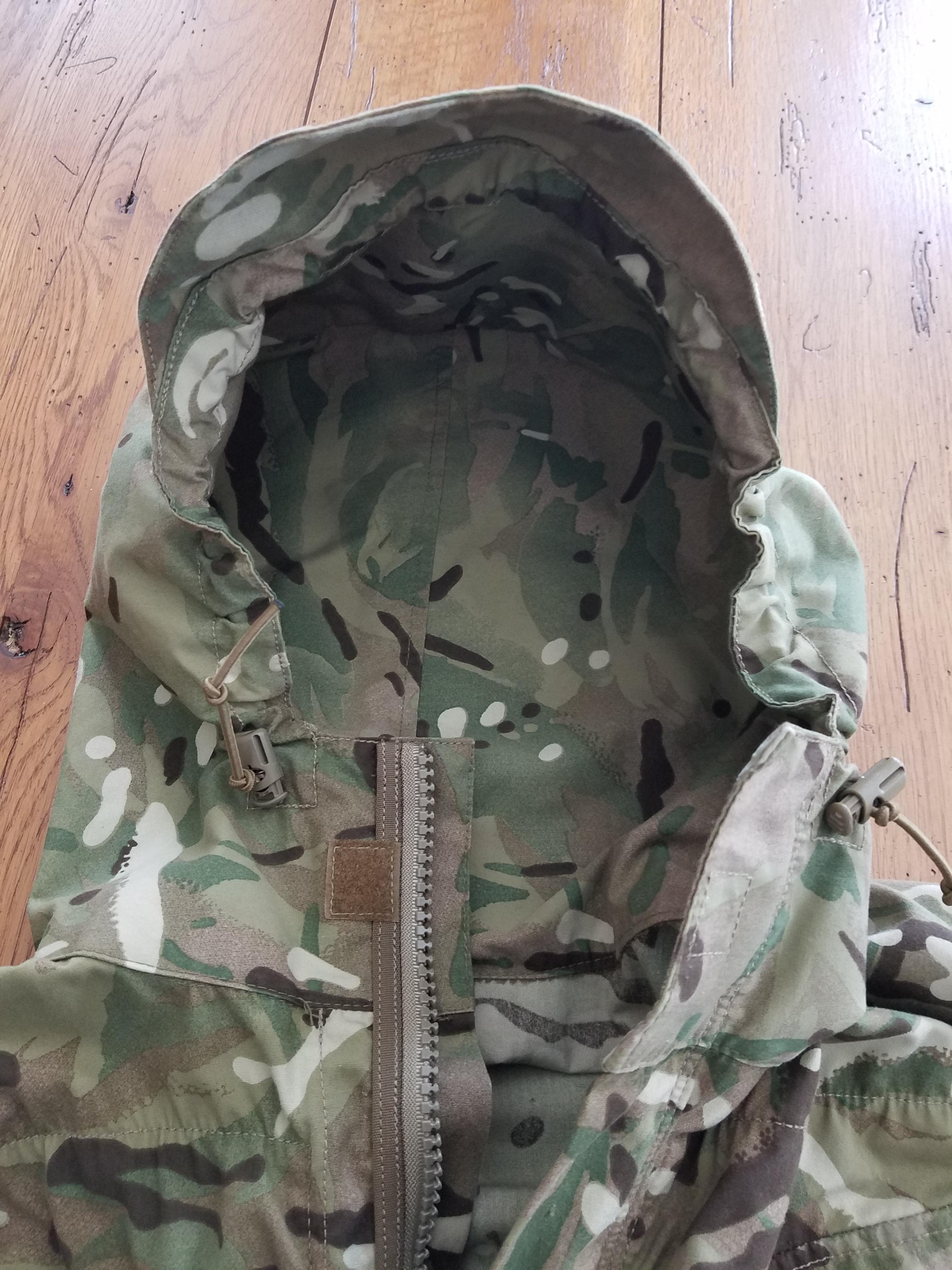 Another shot from the side.  The hood was also cut down slightly in front, and new visor added, which gives pro from rain but doesn't obstruct vison as much. 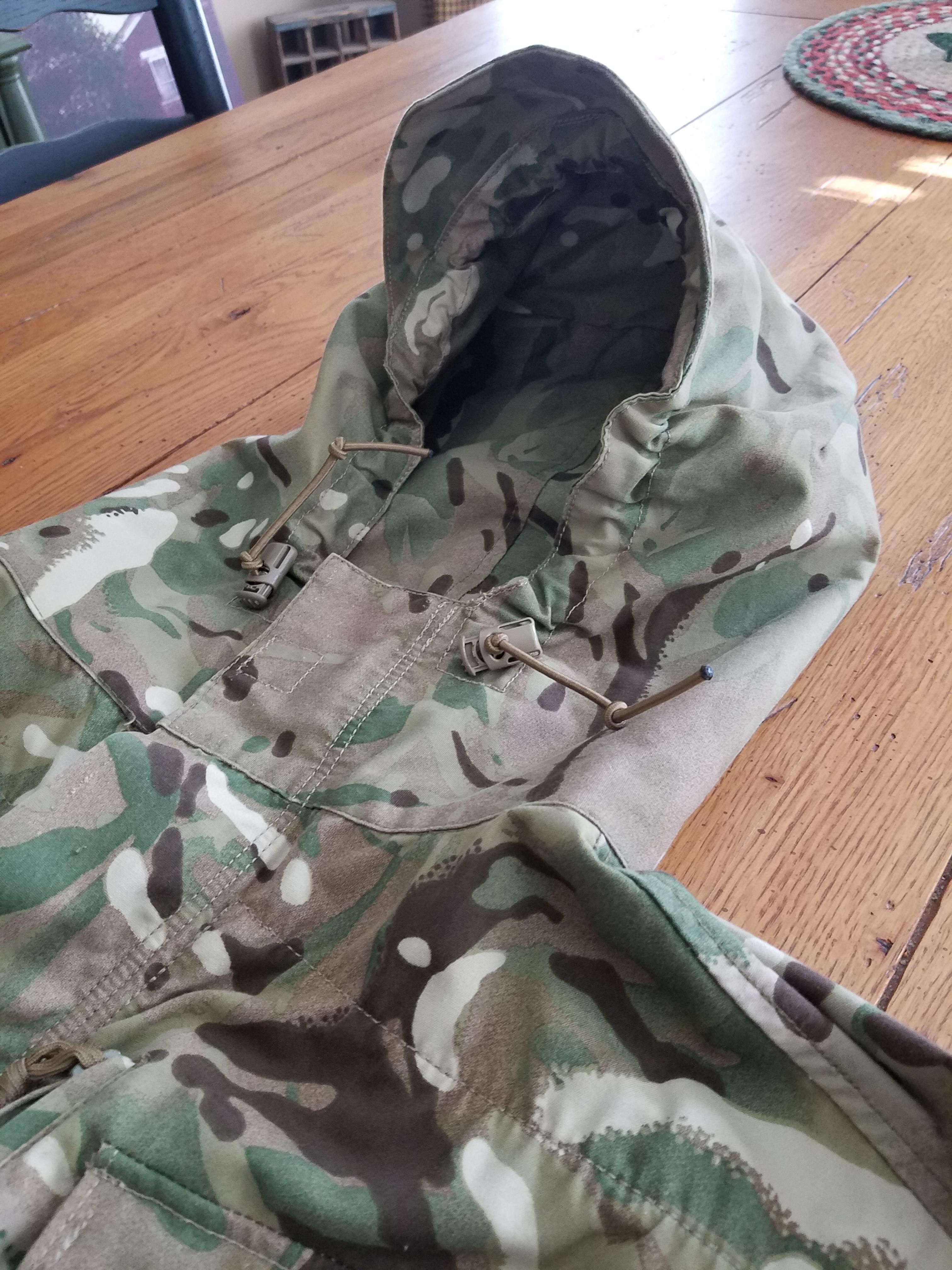 Next we tackled the cuffs.  I like something that is easy to use, when removing and putting on gloves, so I use a binding tape tunnel and shock cord.  A piece of 1" webbing with a grommet is used to take the strain off the tape.  You could probably get away without it. 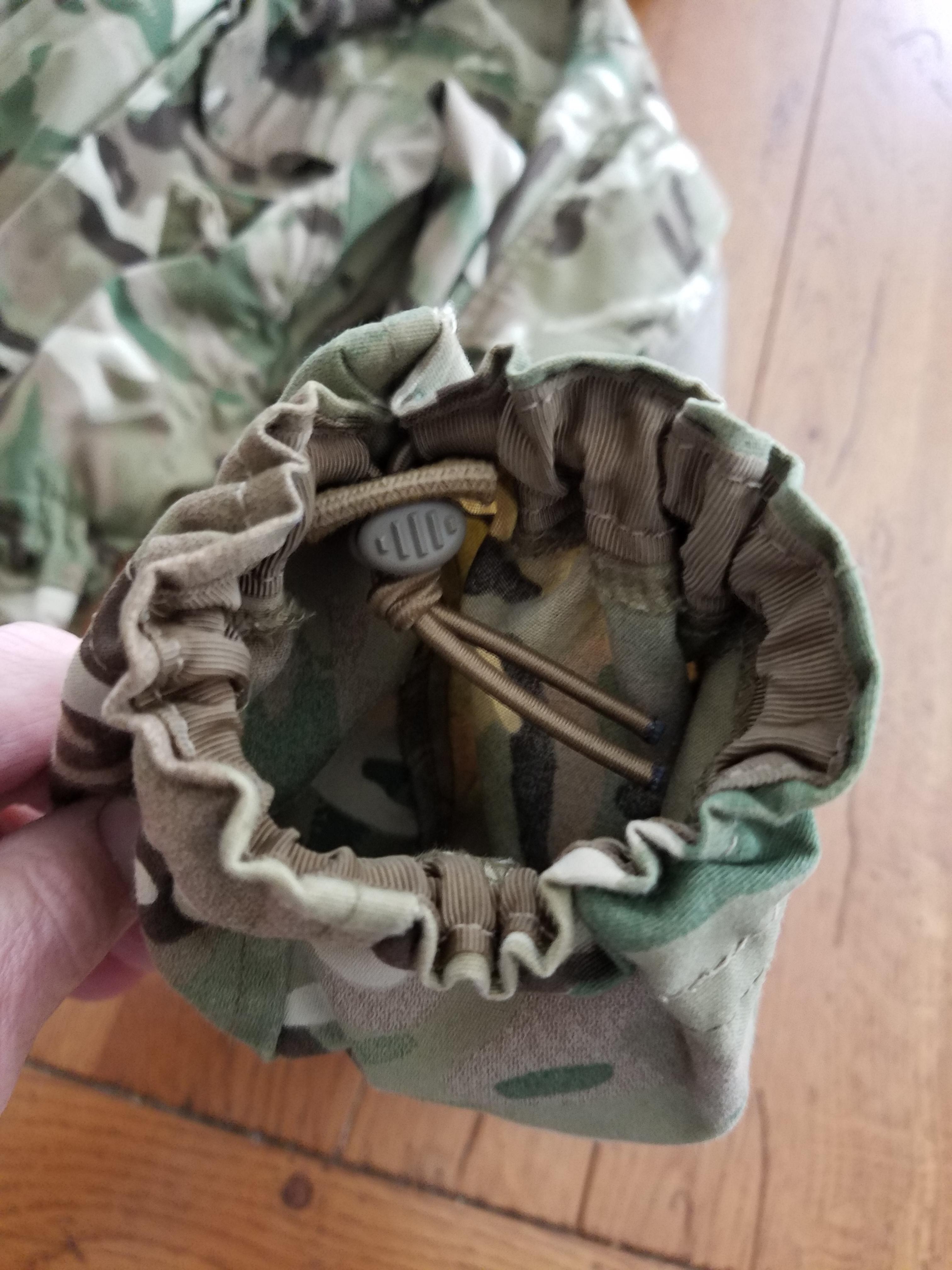