DENVER (AP) — A Colorado weapons manufacturer has agreed to a $1 million settlement for allegedly shipping subpar grenade launchers to the U.S Army.

U.S. Attorney Jason Dunn said Tuesday that Capco, based in Grand Junction, supplied the Army with M320 grenade launchers between July 2016 and March 2018 even though company officials knew the barrels did not meet specifications. Prosecutors say the company also knew that two shipments included launchers with firing pins made of the wrong type of steel but did not tell the Army.

Capco did not admit any liability in the settlement and released a statement Tuesday saying it has no reason to believe its products were unsafe or ineffective.

The government was alerted to the concerns about Capco’s production process by a man who was a quality engineer at the company.

Thankfully they didn't admit any liability, and as usual no one goes to federal pound you in the ass prison for corporate crimes.

A local (to the mfg) paper covering it, with more context, more events around the company: 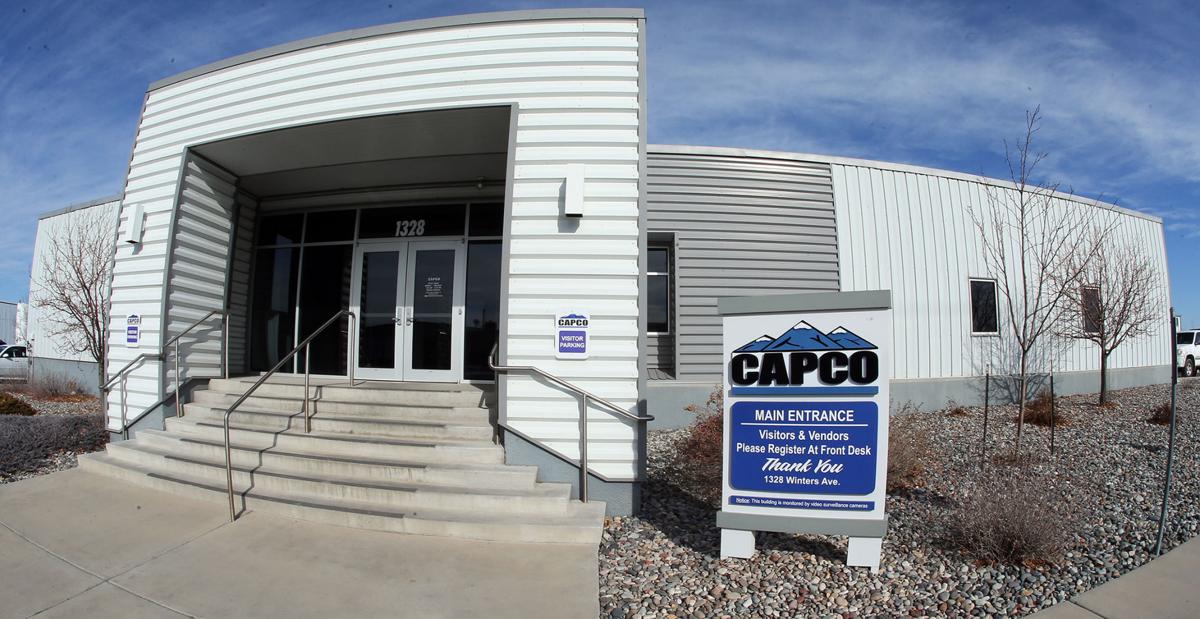 Grand Junction-based defense contractor Capco, 1328 Winters Ave., allegedly manufactured and shipped M320 grenade launchers for the Army between July 2016 and March 2018 while knowing the items did not meet contract specifications. 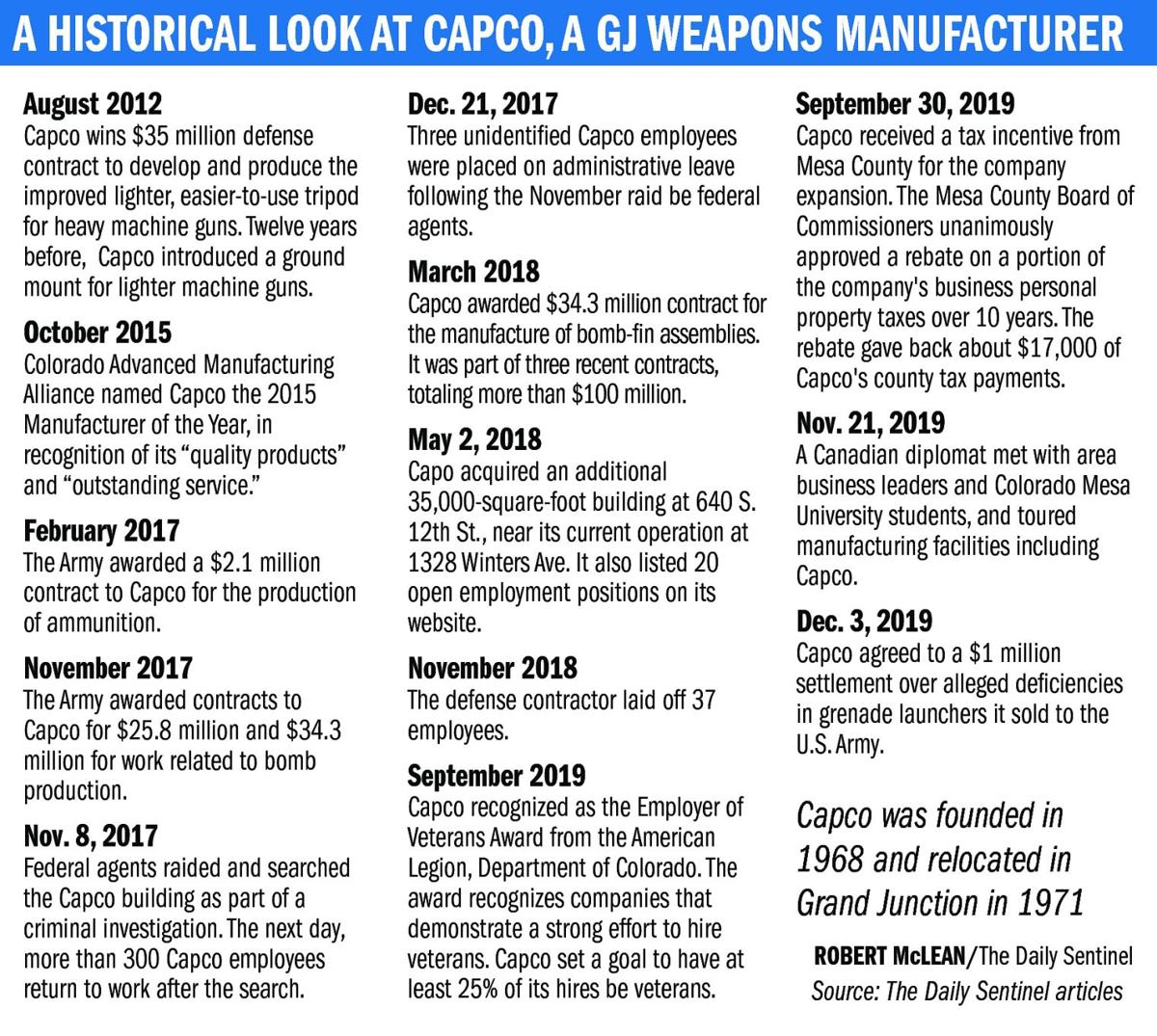 Grand Junction-based defense contractor Capco, 1328 Winters Ave., allegedly manufactured and shipped M320 grenade launchers for the Army between July 2016 and March 2018 while knowing the items did not meet contract specifications.

Grand Junction-based defense contractor Capco will pay more than $1 million in a settlement amid allegations that the company defrauded the U.S. Army when manufacturing certain weapons.

According to the agreement, Capco allegedly manufactured and shipped M320 grenade launchers for the Army between July 2016 and March 2018 while knowing the items did not meet contract specifications. U.S. Attorney Jason R. Dunn announced the settlement Tuesday.

The settlement notes that despite Capco's knowledge, it certified that each shipment met contract requirements. It also alleges that in two shipments, Capco had reason to know that it had used the wrong steel in firing pins for the grenade launchers and that the company's investigation into the matter was "inadequate." It also did not disclose the matter to the Army.

The issue first came to the U.S. Attorney's attention in November 2017 when former Capco quality engineer James Cole filed a complaint against the company in U.S. District Court under the False Claims Act. The complaint alleged that Capco had submitted false claims to the Army for payment for weapons that did not meet specifications.

"Not conforming to contract requirements that ultimately have a direct impact on the success in combat of our brave men and women in uniform is incredibly unconscionable," Frank Robey, director of the U.S. Army Criminal Investigation Command's Major Procurement Fraud Unit, said in a press release. "Thanks to the efforts of our special agents and our other law enforcement partners, today's settlement is possible."

Capco will pay $1,025,429 to the U.S., per the settlement. It will also provide 492 replacement firing pins to the Army by Dec. 15. This will satisfy $8,610 of the settlement amount. The rest will be paid over two installments.

Roughly $236,000 of the settlement will be paid to Cole from the U.S. Additionally, Capco will pay Cole $250,000 to resolve his remaining claims against Capco, according to the agreement. Both parties agreed not to disparage each other in a way that could potentially damage the other's reputation.

The settlement is not an admission of any wrongdoing or liability by Capco, nor is it a concession that the U.S.'s claims are not well-founded, according to the document.

In a press release, Dunn stated that: "We entrust our defense contractors to manufacture equipment of the highest quality for the men and women who serve our country in the U.S. Armed Forces. Any breakdown in the production process must be swiftly and honestly addressed and we will hold contractors fully responsible for fraudulently covering up production problems."

In a statement from Capco, the company asserts that it fully cooperated with "an exhaustive government investigation for nearly two years."

It also states that the government "commended the company for its transparency and the robust safeguards that were put into place since the beginning of the investigation."

Capco CEO Cordell Bennigson stated: "As a company, this chapter has made us smarter and stronger. The safety and effectiveness of our products, which are used by the men and women who serve us all in the military and law enforcement, always has been and always will be Capco's highest priority. Today, Capco's quality and compliance systems are stronger than ever."

The agreement was signed by all parties and their lawyers by Nov. 4.

On Nov. 7, 2017, a day prior to Cole filing his complaint, Capco's office at 1328 Winters Ave. was raided and searched by federal agents. Three employees were later placed on administrative leave. The organization announced that was a "precautionary step" at the time.

A spokesman for the U.S. Attorney's Office in Colorado would not confirm if the Nov. 7 raid was related to the allegations surrounding the grenade launchers.

In late September, Capco received a tax incentive from Mesa County for its expansion in the form of a rebate on a portion of the company's business personal property taxes over 10 years. The rebate gives back roughly $17,000 of Capco's county tax payments.

One of the few times I like the way the USSR handled things.  If this had happened there, or in China, top people and managers who were aware this would have been lined up against a wall and shot.  And I'd be fine with that.

I'm with Dorsai.  Really, a fine of $1 million?  That seems like a pathetically small amount.  I hope they lost any contracts they may have still had AND are barred from ever doing business with the government again, under ANY name.

PlasticMagCumbayah and pass your checkbook.

This is criminally stupid. They had no way of NOT knowing that this was happening unless their entire QA/QC program is shot.

This is fraud, straightforward fraud.

One of the few times I like the way the USSR handled things.  If this had happened there, or in China, top people and managers who were aware this would have been lined up against a wall and shot.  And I'd be fine with that.

Preferably with one of their own GL's.

I understand the fines, but why is the whistle blower getting paid by both the US taxpayer and Capco?

I get the reasons for rewarding a snitch, but it seems to me like the money should come out of the companies pockets, not the taxpayers.

The money is (originally at least) from CAPCO. Whistleblowers get a percentage of the settlement. Just like lawyer fees, etc. come out of the base amount. Statutory I think.

I would guess that the remaining direct payments are other related things like they fired him over it, and have to pay him for that as a separate part of it, but still covered under the various whistleblower statutes  — no retribution allowed, back pay and additional money to make up for it and any disparagement etc  — but it's not spelled out exactly that I saw here.

I understand the fines, but why is the whistle blower getting paid by both the US taxpayer and Capco?

I get the reasons for rewarding a snitch, but it seems to me like the money should come out of the companies pockets, not the taxpayers.

I don't see how any taxpayer money is being used unless Cole's cut of the fine above the settlement amount is considered taxpayer.

Sign In To Reply
Post
Manage Topic
Premium Memberships have been lowered to $5/mo. The Team Room is now a premium member's area. If you'd rather not go month to month with a credit card, you can mail payment to: ATT: Mike Lose ATS Tactical Gear 15858 FT. Campbell BLVD Oak Grove, KY 42262
Shotguns in modern combat?
32 minutes ago
VelSys Scarab: LT vs LE
33 minutes ago

School Me On Sewing Machines
14 hours ago

After 15 months, I'm finally ready to show you my work. And I need to ask a favor (or two) from all of you.
1 day ago