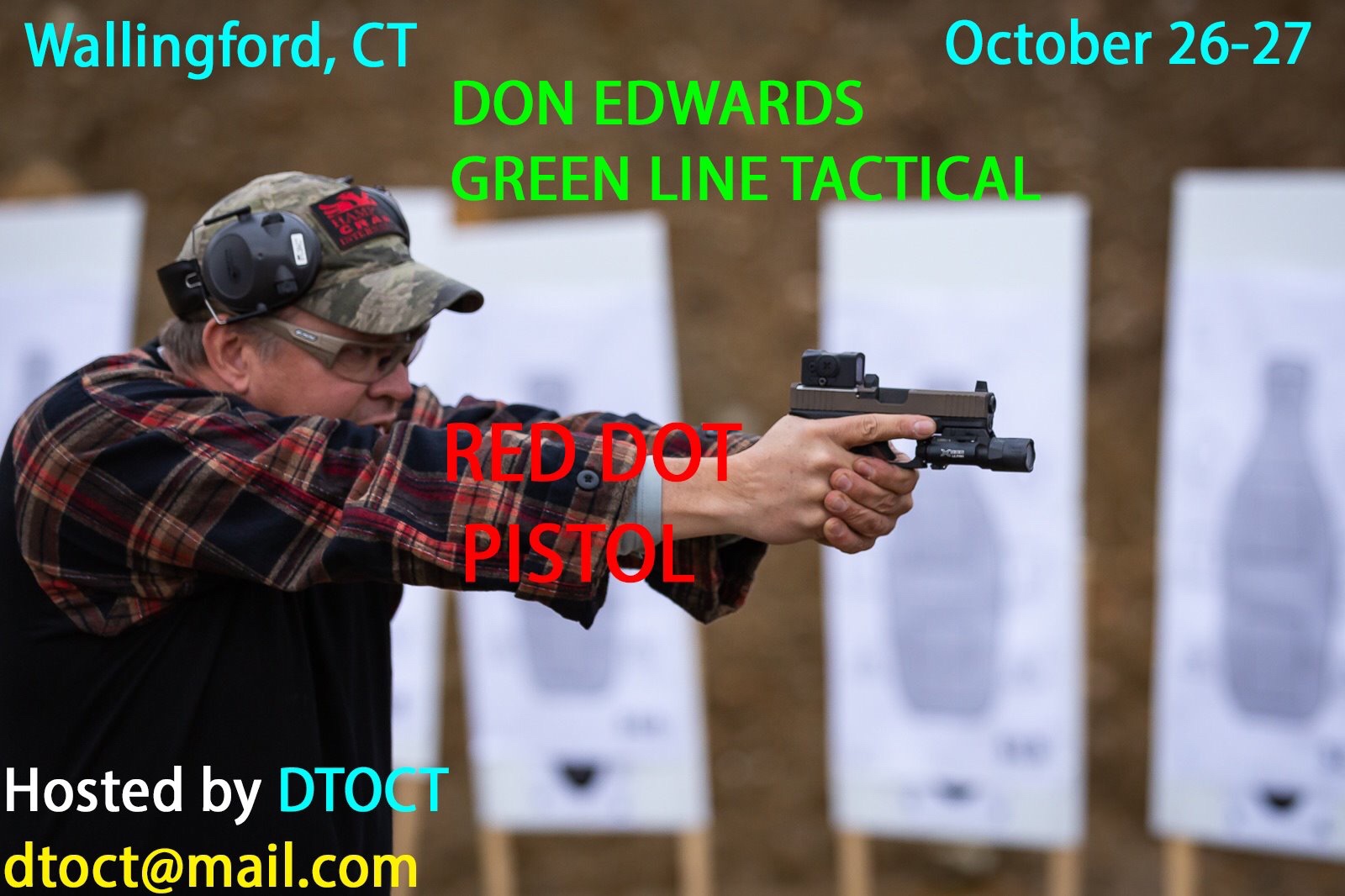 Red Dot electro-optical sights on pistols have been used for decades in competition but have recently gained wider adoption due to durability improvements.

+RDS are superior to iron sights at night with white light and night vision.

+Need Rx lenses for your iron-sighted bedside/home defense gun?  RDS is for you.

+SOCOM has quietly been using them.

To make full use of the system, some tweaks are required in presentation, stance and other fundamentals.

Don Edwards (20th Group Special Forces vet, federal LE trainer and former TNVC rep) will be traveling to central Central Connecticut to show us the ropes.  Non-residents are welcome.  Wallingford is a few hours drive from NYC and Boston and very accessible to all points in the Northeast.

This will hopefully be a nice prequel to a Night Fighter (night vision pistol and carbine) class some time in 2020, of which red dot pistol is an integral part.

History, theory and concepts behind why red dot optics work.

Driving the gun/dot for multiple shots

Precision at distance and Speed up close. How to improve both

1,000 rounds of ammunition for your pistol minimum.

Water, sunscreen, insect repellent and food as needed. (we will break for lunch)

Don Edwards is a 20+ year veteran of US Army Special Operations. He began his career in the 75th Ranger Regiment where he was a participant in Operation Just Cause. Retired from 20th Special Forces Group where he served as Team Sergeant during combat operations in Iraq. He has served for five years as the Use of Force training manager and primary instructor at the ATF National Academy in Glynco, GA instructing in tactics and firearms as well. Mr. Edwards has worked as tactical adviser to the Department of Defense since 2008 serving in both Iraq and Afghanistan and is a FLETC certified firearms instructor and is the former Director of Training for Tactical Night Vision Company.